“The Belmont Entrepreneur Awards recognize the alumni who have started innovative, growing and unique businesses,” according to the commemorative booklet released by the Center for Entrepreneurship at Belmont’s Jack C. Massey College of Business. “The awards honor the founders who are excelling at business and challenging their industry.” 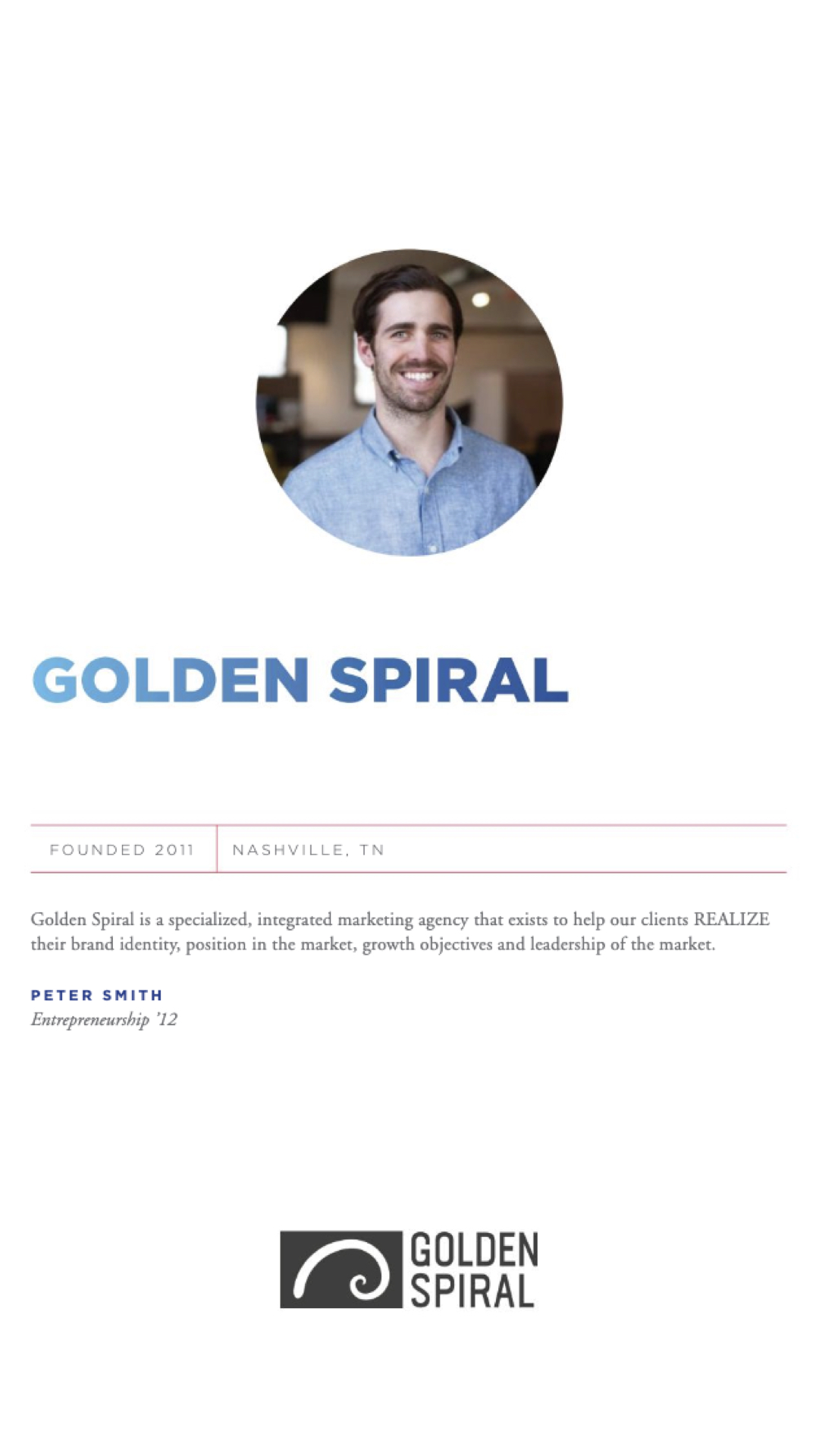 Smith, a member of the class of 2012, joined with fellow Golden Spiral founders John Farkas and Bennett Farkas (also class of ’12), to start the company while still at Belmont. Today, Golden Spiral specializes in helping B2B technology companies connect with their market.

The awards recognize the accomplishments of 100 alumni, including founders such as:

“Peter can do anything: build sitemaps for websites, assemble and re-assemble laptops, or compile the latest snapshot into the company financials at the drop of a hat,” says founder and CEO John Farkas. “While he had to do all of those things in the early years of the company, his dual focus now is operations and finance. I think it’s fair to say, and Bennett Farkas (Vice President, Creative) would agree, that Peter is responsible for the entire architecture of our organization.”

Bennett Farkas continues: “Peter’s process-driven approach has helped create and maintain our reputation as a high-performing, creative enterprise. Golden Spiral continues to consistently attract new clients, build on our relationships with existing ones, grow financially, and flourish creatively because of Peter’s hand on the tiller. He leads with a kindness and compassion that’s rarely displayed for someone in his position.”

Belmont’s outstanding reputation for preparing students to hit the ground running after college is well documented, and we couldn’t agree more. Aside from Peter and Bennett, Belmont is well represented at Golden Spiral. They make Golden Spiral stronger, better and more compassionate in everything they do.

Congratulations, Peter, on a well-deserved honor, and hats off to Belmont for building tomorrow’s leaders today!

View the booklet of all the honorees

Watch a retrospective video (also above)

Flip through a photo gallery of the presentation